Winning caption can be found HERE. 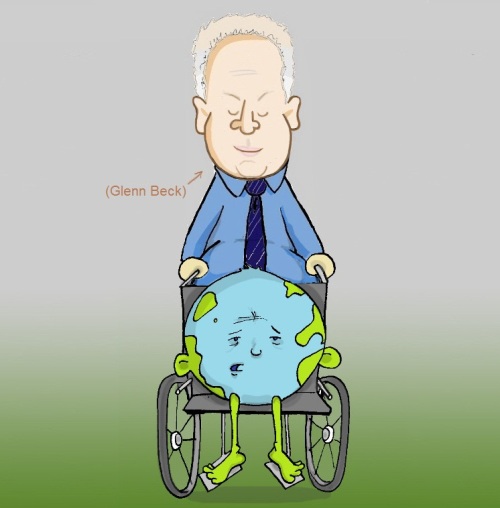 What could the Earth be saying as Glenn Beck pushes it around in a wheelchair? Well, that’s up to you.

Leave your caption in the comment section and a winning caption will be chosen and announced in a week.

Have fun! Be clean(ish)…