Slackline Around the World Week 10: Guess What. You CANNOT Slackline Over the White House! Reposted from Wend Magazine’s blog. 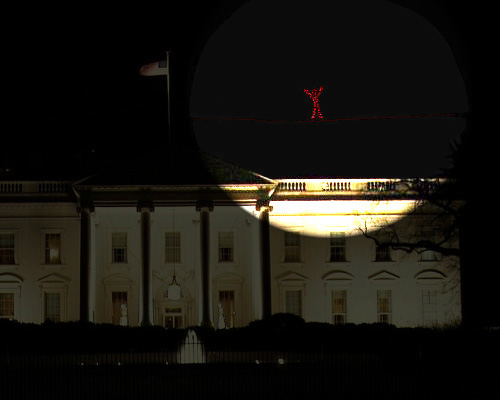 Who knew my slackline from Asheville to NYC would go directly over the White House? Not me! I swear!

Well, that’s me half way to the Big Apple, all lit up like a Christmas tree. After I convinced the Secret Service to untrain their lasers from my hungry, tired body I was escorted by helicopter about 400 yards north on my slackline.

They understood that the surprise of quickly becoming all aglow in red lasers explained the small amount of urine that leaked from my dehydrated cartoon midsection. As I explained to them, I did not intend to pee on the White House. I voted for Barack and think he is doing a fine job (although I’d like to see stronger action in regards to the environment and clean energy, but that is not entirely his fault)! Now had I been innocently slacking above the White House during the Bush years…well that urine may have been intentional. And I’m sure I wouldn’t have lived to type about it…

Off to NYC (beginning to rethink the world tour,–America may be enough…)! 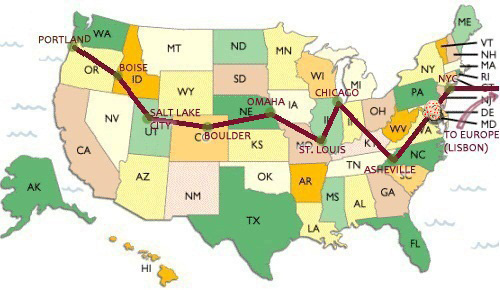