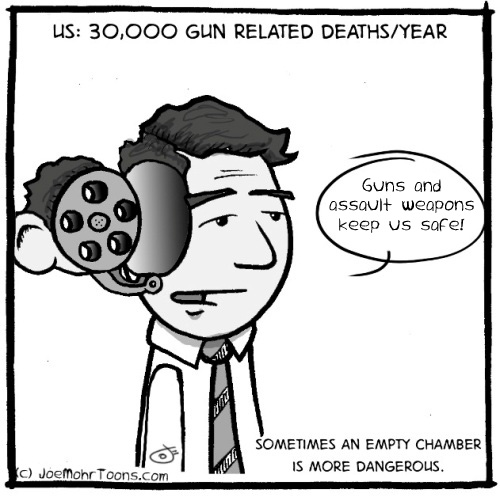 A rare cartoon that does not cover an environmental topic. However, my concern with gun control and safety runs parallel with my environmental concerns. Simply, other people should not be making huge decisions that grow their bottom line while putting the masses at risk. Like the many agri-chemical, coal, oil, and major polluting corporations I rally against, the NRA’s agenda is a power grab that is harmful/deadly to US citizens.
So, ya get a gun cartoon.

More on Gun Control and Safety

From PlanetSave: What Would You Do with $1,738 Billion?
From Yes! Magazine: 4 Ways to Stop Gun Violence
From ElephantJournal: If Guns were as Regulated as Cars. {Infographic}
From HuffPo: Paul Helmke–NRA’s Deadly Agenda Is Out