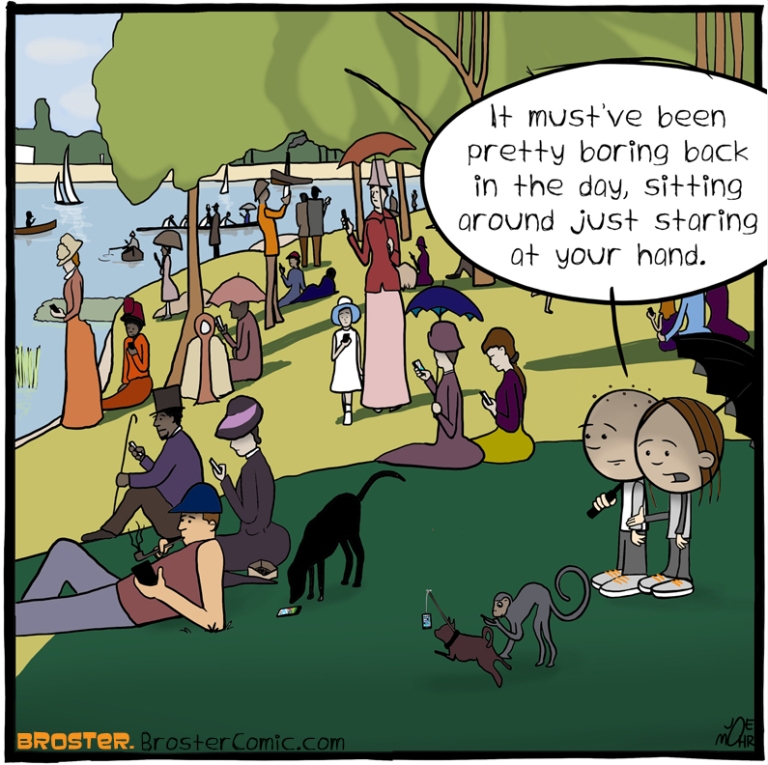 This cartoon was first used in the winter of 2017-2018 by Greenpeace South Korea. Here’s the same cartoon in Korean:

And, of course, the original “A Sunday Afternoon on the Island of La Grande Jatte” by Georges-Pierre Seurat:

Broster is a farcical weekly, single-panel comic series about a brother and a sister created by Joe Mohr. Besides cartooning and illustrating, Joe writes lyrics and poems for (and raps in) a rock band for kids called ROBOT+BIKE. The music and the messages are enjoyed by parents and kids alike. Check it out! …AND Robot+Bike will be rocking both days at LouFest again this year!!!