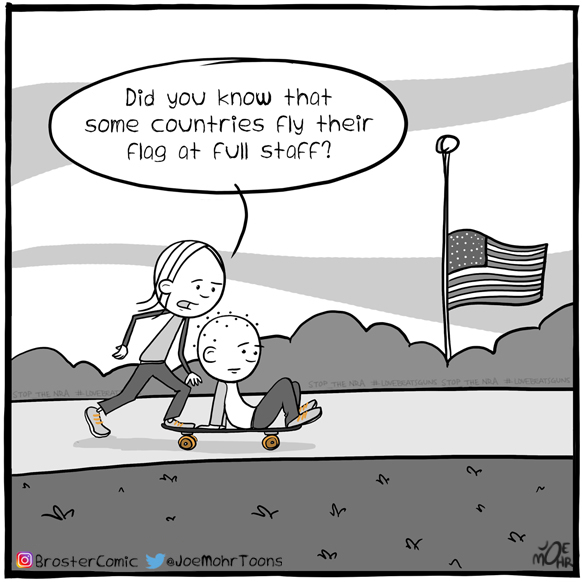 Help Everytown/Moms Demand Action disarm our disgraceful gun culture and make America a much safer place for everyone!

Broster is a farcical weekly, single-panel comic series about a brother and a sister created by Joe Mohr. Besides cartooning and writing and illustrating, Joe writes lyrics and poems for (and raps in) a rock band for kids called ROBOT+BIKE. The music and the messages are enjoyed by parents and kids alike. Check it out!