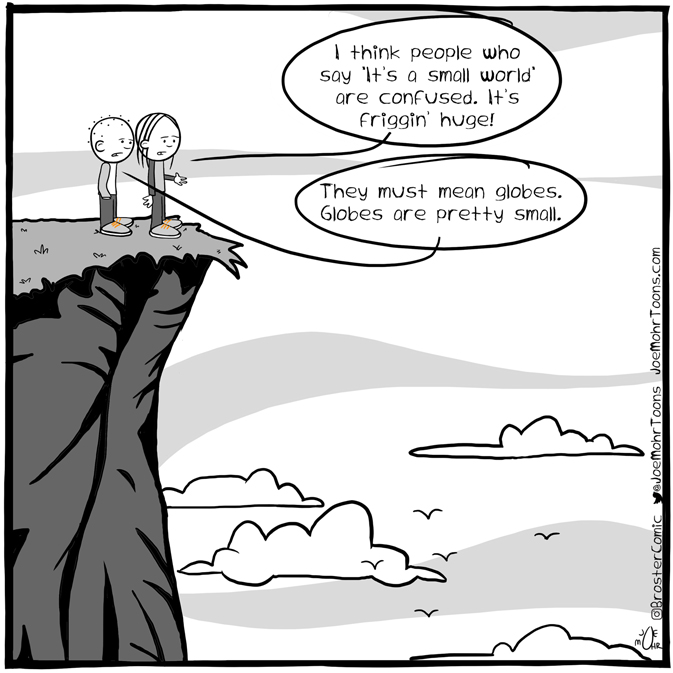 The world wide web tells me, Disney songwriters, the Sherman brothers wrote “It’s a Small World (After All)” in the wake of the 1962 Cuban Missile Crisis. The crisis influenced the song’s message of peace and brotherhood.

Broster is a farcical, twice-weekly (typically Tuesdays and Thursdays), single-panel comic series about a BROther and a siSTER created by Joe Mohr. Besides cartooning and writing and illustrating, Joe writes lyrics and poems for (and raps in) a rock band for kids called ROBOT+BIKE. The music and the messages are enjoyed by parents and kids alike. Check it out!