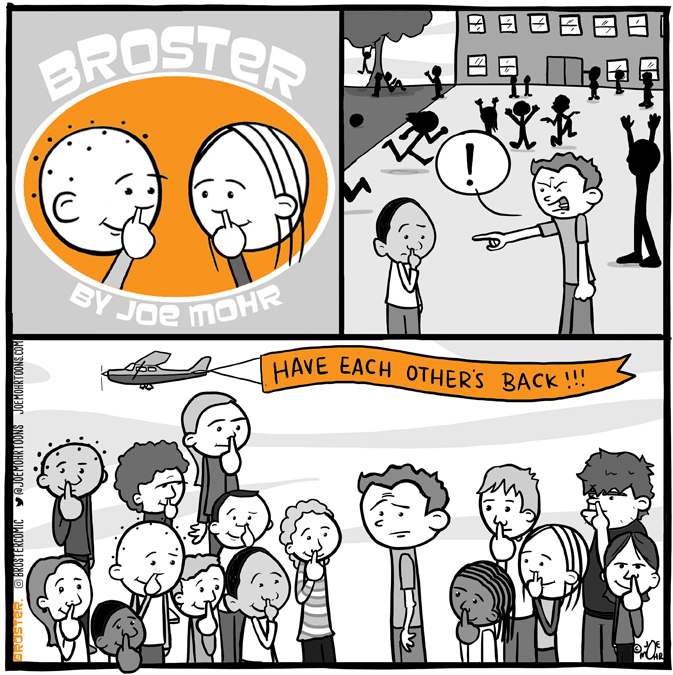 I am said to be a revolutionist in my sympathies, by birth, by breeding and by principle. I am always on the side of the revolutionists, because there never was a revolution unless there were some oppressive and intolerable conditions against which to revolute.
Mark Twain – quoted in New York Tribune, April 15, 1906

I vary from too much dialogue to no dialogue. Here’s another no-dialog Broster.

Broster is a farcical twice-weekly (typically Tuesdays and Thursdays), single-panel comic series about a BROther and a siSTER created by Joe Mohr. Besides cartooning and writing and illustrating, Joe writes lyrics and poems for (and raps in) a rock band for kids called ROBOT+BIKE. The music and the messages are enjoyed by parents and kids alike. Check it out!