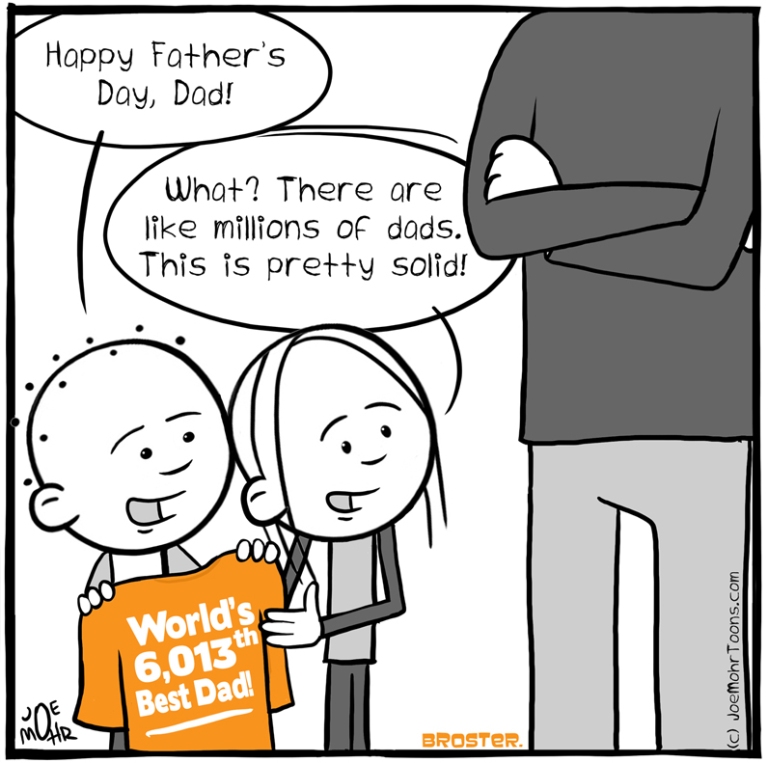 Happy Father’s Day to the hundred’s of millions of fathers in the world!

Little known fact–Father’s Day started as a result of a coal mine explosion. Good thing we’re moving beyond coal! Speaking of coal, here are some of my old Coal-toons. And speaking of dad’s, here’s a link to one of my all-time favorite dads and artists, Cbabi Bayoc. All dads need dad role models to stay atop their game. Cbabi is one of mine, as are Dave Lang, Rob Knight, Bill Sharpless, and my dad, to name a few.

Broster is a farcical weekly, single-panel comic series about a brother and a sister created by Joe Mohr. Besides cartooning and illustrating, Joe writes lyrics and poems for (and raps in) a rock band for kids called ROBOT+BIKE. The music and the messages are enjoyed by parents and kids alike. Check it out!